On a beautiful Sunday afternoon in the Spring of 2007, Dawn & Nash crossed paths for the first time while attending a song writing retreat in Nashville, TN. It was right after, Dawn’s new song ‘In The Moment’ climbed up the New Music Weekly Top 40 Country charts which inspired her to move from Seattle, WA to Nashville, TN. Nash’s musical heart drew him down from the Great White North to  give Music City USA a try. Soon after they began meeting frequently, writing 2-3 times per week and soon began harmonizing their new creations into a fresh new sound they dubbed Hippie-Gypsy-Pop!
Their friendship blossomed into love and soon they were manifesting their own beautiful love story. Dawn & Nash married in Nashville, TN in the Winter of 2010.

They initially started singing around Nashville as a duo called Tawny River which later became Dawn Loves Nash. With heart centered, catchy, conscious lyrics, their message is familiar, empowering and in each one of their songs you will find them play-sing-love with fantastic melodies and harmonies.

From 2012-2015 they worked with Rock & Roll producer and manager Ron Haffkine (Shel Silvertein, Dr. Hook & The Medicine Show, Sissy Spacek). Haffkine recruited veteran Nashville music director Shane Keister (Elvis Presley, Johnny Cash, Kenny Rogers) to assist in developing what would become the new signature sound behind Dawn Loves Nash.
Inspired by Sting, Paul McCartney, John Denver, Elvis, Django, Sheryl Crow, Patsy Cline, Martina McBride, Clapton and Triumph you’ll find their vibe to be refreshing and unique.
They sing with a message of hope! Always passionate about using their voices & songs to speak directly to people’s heart’s, Dawn Loves Nash started reaching out to the Nashville community through the homeless shelter Room In The Inn where a songwriting class turned into a life changing experience! They thought they were there to help others and ended up learning so much more about themselves and life.   They took a new passion to help others and have hosted a number of fundraisers.
Their music mission would shift from helping the ‘homeless’ to helping the ‘helpless’. Their background in Holistic lifestyle  mentoring led them to a terminally ill patient suffering from ALS (Lou Gehrig’s Disease) and their new vocation as live-in caregivers for 7 years would alter the course of their lives forever.  Fueled by a new found passion for living life to its fullest their music has now become more universal touching the hearts of all ages.

Word on the street is...

"Their harmonies are like ear candy that melts your heart..."

We love to hear from you. 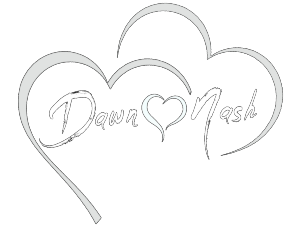